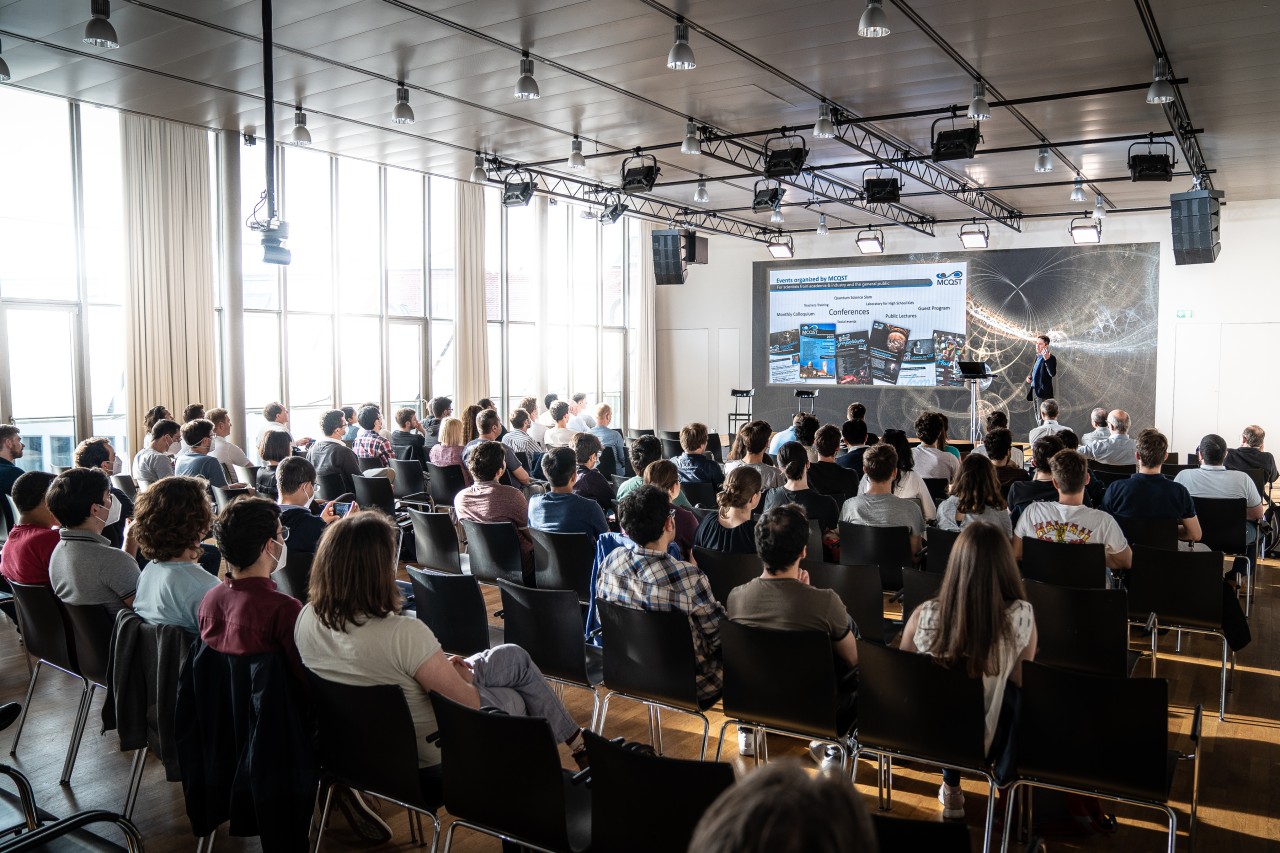 The MCQST Colloquium Series features interdisciplinary talks given by visiting international speakers. The monthly colloquium covers topics spanning all MCQST research units and will be broadcast live via Zoom for audiences worldwide. The main goal of the series is to create the framework for idea exchange, to strengthen links with QST leading groups worldwide, as well as to act as an integral part of the local educational environment.

We are excited to invite you to the colloquium talk by Andrei Bernevig (Princeton University). You can join us in-person at the Max Planck Institute of Quantum Optics at the above address, or online via the Zoom link below:

Recent advances in moire structures have uncovered a remarkable array of quantum phases of matter. Superconductivity, once thought impossible in graphene, magically appears in two layers of graphene twisted by a tiny angle. I will present a review of the field, recent developments in the field and a general mapping of flat bands in an array of systems to another important problem in condensed matter: the physics of heavy fermions. This mapping not only links two major fields of condensed matter, but also allows for a physical understanding of a lot of the properties of moire systems. The interacting and noninteracting physics of the topologically nontrivial flat bands in twisted bilayer graphene can be mapped into that of a heavy localized fermion carrying the interaction and a topological conduction semi metal carrying the topology. We show new progress in this mapping, with new application to twisted trilayers, magnetic field, and an (unlikely) scenario of electron phonon - induced superconductivity, all of which can be analytically tracked in this formalism. We then move to show that, far from being confined to the TBG, the mapping of topological flat bands to heavy fermions and topological semi metals is a generic principle in interacting flat band electrons. We provide these maps for the Lieb lattice as well as for other twisted and untwisted lattices

Bogdan Andrei Bernevig (born 1978 in Bucharest) is a Romanian Quantum Condensed Matter Professor of Physics at Princeton University and the recipient of the John Simon Guggenheim Fellowship in 2017.

Andrei Bernevig took part in the Physics Olympiad in Bucharest from 1994 to 1997 as a teenager (and won international gold and silver medals). He graduated from Stanford University (bachelor's degree in physics and master's degree in mathematics in 2001) and received his PhD from Stanford University under Shoucheng Zhang. As a postdoctoral fellow he came to the Center for Theoretical Physics at Princeton University, where he was appointed Assistant Professor in 2009 and Associate Professor in 2014.

He deals with the application of topology in solid state physics, for example in the fractional quantum hall effect, and novel topological materials (topological insulators, topological superconductors) and spin transport or spintronics. He also deals with ferrous high-temperature superconductors and predicted s-wave pairing there.