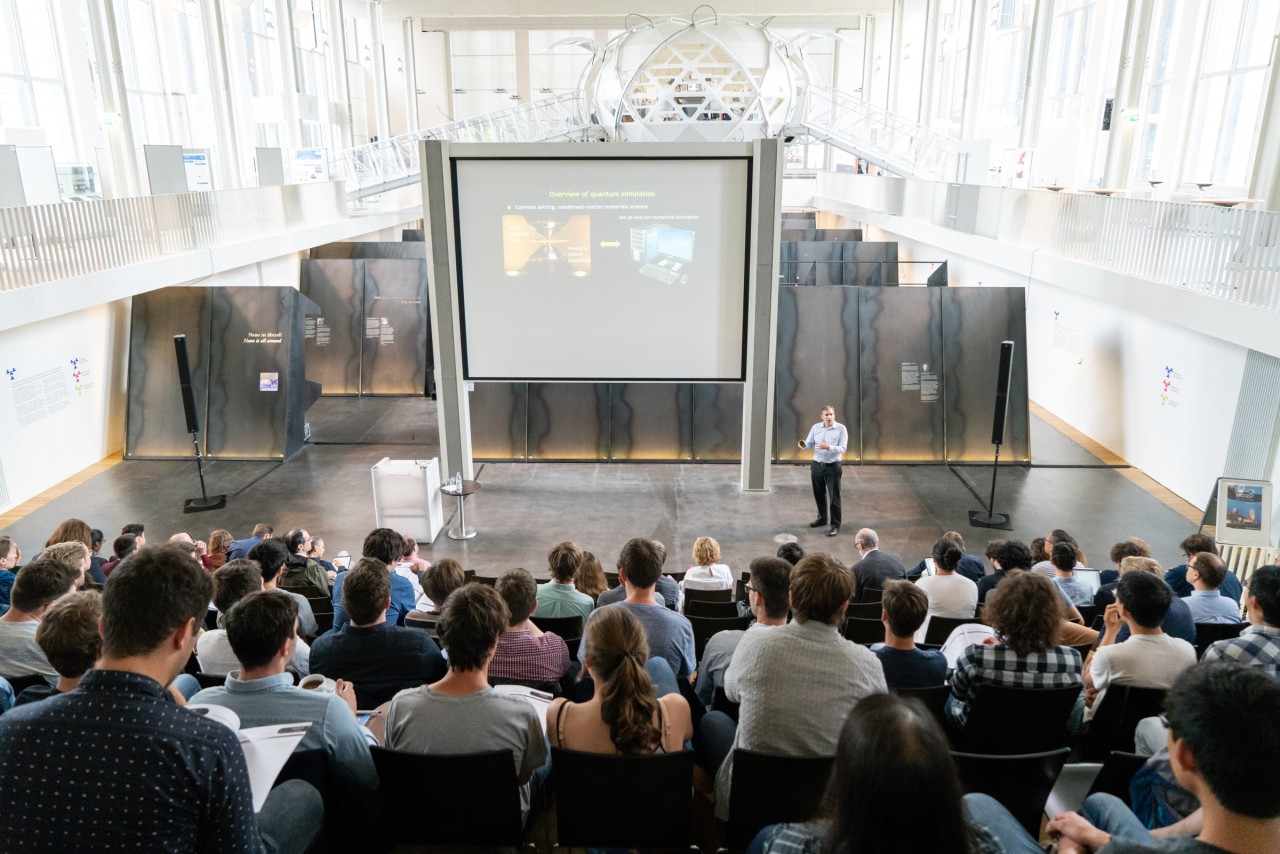 The MCQST Colloquium Series features interdisciplinary talks given by visiting international speakers. The monthly colloquial covers topics spanning all MCQST research units and will be broadcasted live, being made available to audiences worldwide. The main goal of the series is to create the framework for idea exchange, to strengthen links with QST leading groups worldwide, as well as to act as an integral part of the local educational environment.

On 20 April 2021, we are excited to invite you to attend the colloquium with the MCQST Distinguished Lecturer 2021 Pascale Senellart, professor at CNRS-C2N Center for Nanoscience and Nanotechnology, Paris, France. Due to the ongoing pandemic all the other events of the Distinguished Lecturer talk series have been postponed.

Light, and more precisely quantum light, is a key ingredient of the emerging second quantum revolution. It is the cornerstone of many applications ranging from quantum computing to quantum networks, offering many flavors of “quantumness” and degrees of freedom to encode the information. We will discuss a platform that has recently emerged to generate of single photons: semiconductor quantum dots. With of all the possibilities offered by semiconductor nano-processing and the tools of cavity quantum electrodynamics, these artificial atoms can generate single photons with unprecedented efficiency and near perfect quantum purity. These quantum light sources allow accelerating the development of intermediate scale quantum computing as well as other key functionalities for scalability. We also revisit the fundamentals of light-matter interaction and exploit them to generate new states of quantum light.

Pascale Senellart is a CNRS research director working in the field of optical quantum technologies. She received her Ph.D. from the University Paris 6 in 2001 and joined the CNRS end of 2002 after two short postdoctoral positions in industrial laboratories. During the first part of her carrier, she explored quantum optics and cavity quantum electrodynamics phenomena in semiconductor systems. On the way, her team developed interesting devices for the generation and manipulation of quantum light. Her group now focuses on the applications of single-photon sources in quantum computing and quantum communications and continues to develop key devices such as sources of many-entangled photons and non-linear gates. Dr. Senellart received the CNRS silver medal in 2014 and was elected OSA Fellow in 2018. In 2017, she cofounded Quandela, a spin-off company specialized in single-photon sources and their applications.