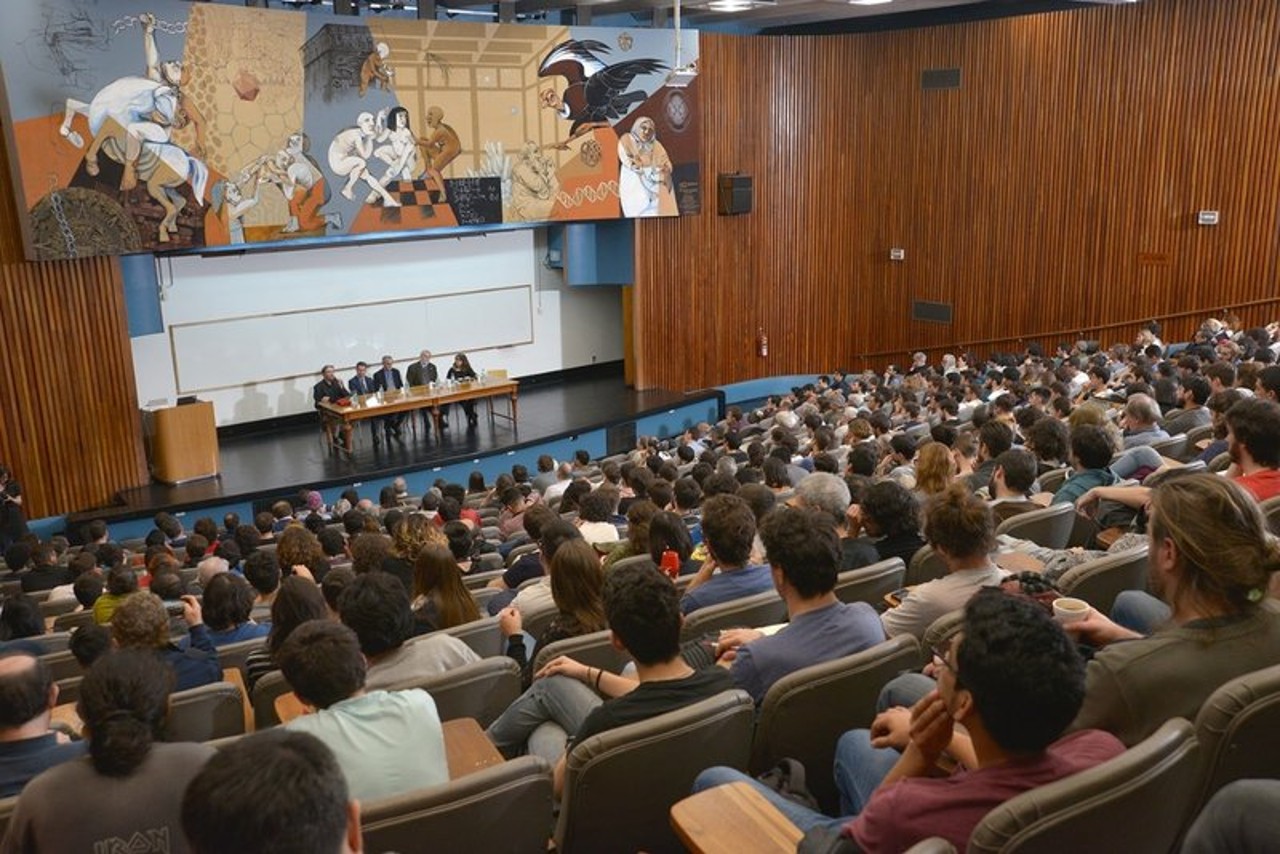 The University of Buenos Aires (UBA), Argentina's largest and most important university, has awarded an honorary doctorate to Prof. Ignacio Cirac, Director at the Max Planck Institute of Quantum Optics and Head of the Theory Department. He receives the honour together with the US physicist and Nobel Prize winner David Wineland. Both scientists have rendered outstanding services to the exploration of the quantum world and the development of quantum technologies. Last Thursday, 18 July 2019, the two scientists received their awards in Buenos Aires. It is the university's highest honor. The certificate and medal were presented by Prof. Juan Pablo Paz, Director of the Institute of Physics in Buenos Aires.

The 18th of July 18 2019 at the campus of the Universidad Buenos Aires was completely under the banner of the quanta. With a special celebration, the university honored the developments and achievements of quantum science and its technologies. Amongst them also the two pioneers Ignacio Cirac and David Wineland, both of whom have taken the field an enormous leap forward. Ignacio Cirac was the first to theoretically describe the operation of a quantum computer using trapped ions. David Wineland conducted a novel experiment in which he gained an unprecedented insight into the black box of a quantum object for which he was awarded a Nobel Prize in Physics in 2012.

"It is a great honor to receive this distinction; in particular, together with David Wineland, whose experiments have boosted the field of trapped ions and quantum computing,” - Ignacio Cirac

After the conferment, the two honorary doctors presented lectures for the general public. David Wineland gave insight into the subject of quantum clocks, Ignacio Cirac took the audience into the history of the field from Schrödinger's cat to quantum computers. Another highlight of the day was the ceremonial opening of the Laboratory for Ions and Cold Atoms at UBA (LIAF) - the first of its kind in whole Latin America. The event was organized by the Department of Physics.