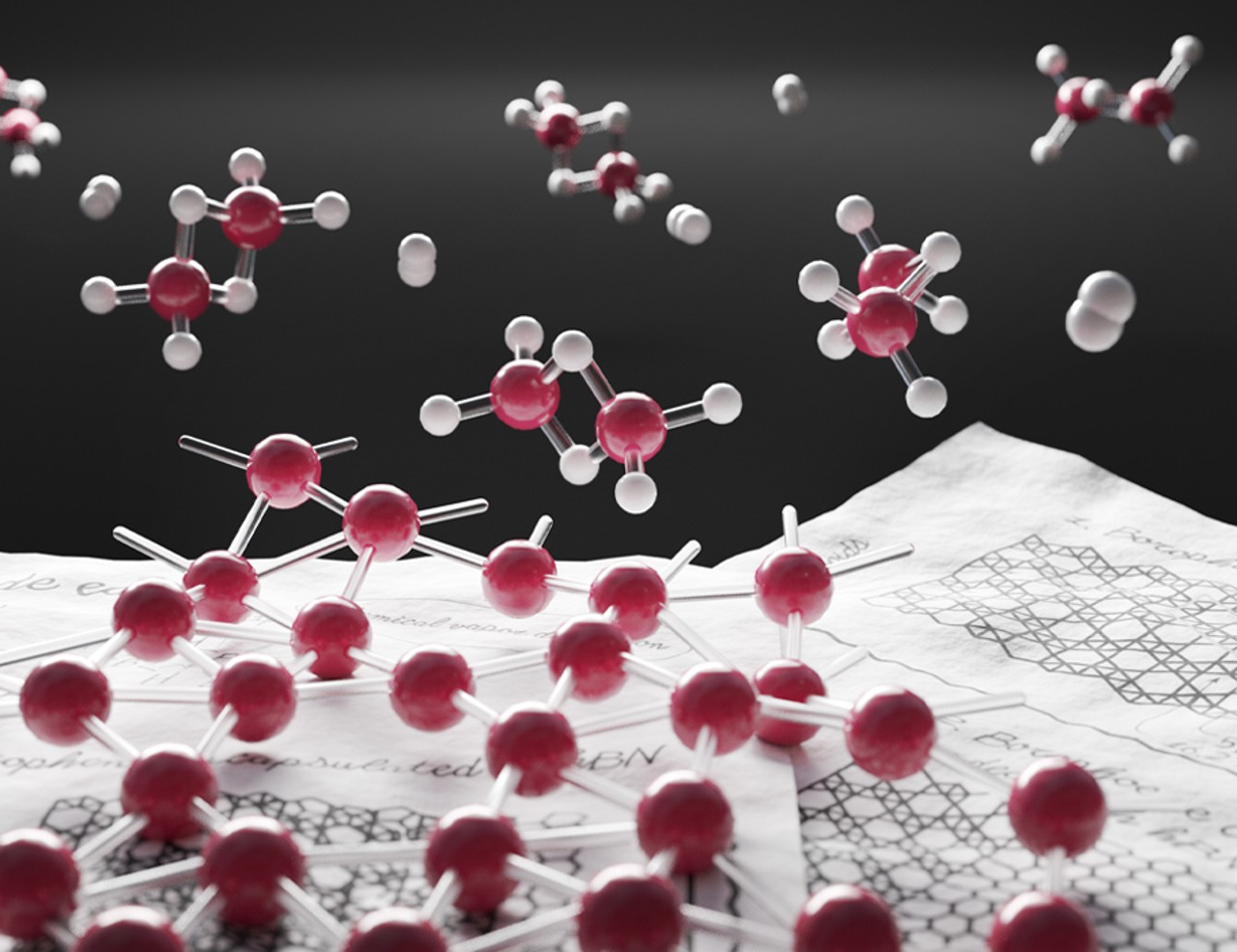 A New Way to Fabricate Borophene Opens up Many Possibilities

A New Way to Fabricate Borophene Opens up Many Possibilities

Researchers at TUM and UniBw M have developed a novel method to synthesize borophene using a molecular precursor – the first time a one-atom-thick mono-elemental material other than graphene has been created by an easily scalable approach.

For nearly two decades, scientists have been able to fabricate materials with a thickness of only a single atom. They can also stack these one-atom-thick sheets like Legos in their labs, assembling new structures and devices to engineer materials with distinct properties. Boron in particular offers unique and manifold bonding possibilities. However, this fascinating element did not play a relevant role in atomically thin sheets, as it was difficult to find synthesis methods suitable for technological applications. An international team led by researchers from the Technical University of Munich (TUM) and the Universität der Bundeswehr München (UniBw M) has now developed a novel and easy method that allows scalable fabrication of high-quality borophene, a material made of a single layer of boron atoms, making these promising structures much more accessible. They have also achieved combined synthesis with other atomically thin sheets to form functional heterostructures. This work has now been published in Science Advances.

Ever since scientists first isolated a single layer of carbon atoms – graphene – in 2004, so-called two-dimensional (2D) materials have attracted massive interest from both research and industry. That is because 2D materials have quantum properties that emerge at the atomically thin limit, opening up unprecedented opportunities in a wide range of technologies: from flexible electronics to energy storage and smart sensors. After graphene, a multitude of other 2D materials with complementary properties were discovered, enabling the fabrication of heterostructures, which combine one or more 2D materials to achieve novel functionalities.

Borophene, a single layer of boron atoms, is one of the most promising members of this family, because of its unusual ability to exist in various crystalline structures, each exhibiting different anisotropic properties. “Such anisotropic structures could be exploited, for instance, to trap and efficiently direct the movement of ions in the anode material of ion-based batteries”, explains Professor Willi Auwärter, leader of the Molecular Engineering at Functional Interfaces group at TUM. Nevertheless, its implementation has been limited until now: “The current synthesis methods mainly rely on the conditionally controllable evaporation of boron at very high temperatures, often producing tiny flakes and offering poor control over the crystalline structure.” A better method was sorely needed to unlock borophene’s full potential.

To get around these limitations, the researchers identified diborane (B2H6) as the suitable molecular precursor to fabricate borophene. They achieved this by dosing diborane gas onto a surface that is heated to several hundred degrees Celsius. Once in contact with the hot surface, diborane molecules release boron atoms, which crystallize and form extended single-crystalline borophene layers. “This precursor is used in the semiconductor industry, so the implementation of our scalable method in industry for the fabrication of new nano-electronic devices should be readily achievable”, says Dr. habil. Hermann Sachdev, chemist and material scientist.

In this study, large single-crystalline borophene layers were synthesized on different metal supports. These findings could greatly impact the semiconductor industry, as it opens the door to the fabrication of high-quality borophenes on multiple kinds of supports. This is also the first time a mono-elemental 2D material besides graphene has been synthesized from a molecular precursor, which spurs hope that other atomically-thin members of this family can be synthesized in this manner, such as silicene or germanene.

This method of synthesis offers another critical application: “Of equal importance to synthesizing high-quality 2D materials is the ability to assemble them together in an atomically-precise manner and induce novel physical phenomena or construct custom designed functional devices”, says postdoctoral researcher Dr. Marc González Cuxart (TUM). This method allowed the synthesis of borophene in combination with another well-known 2D material of complementary properties: hexagonal boron nitride (hBN).

By selectively dosing diborane and borazine (the precursor molecules for borophene and hBN, respectively) researchers fabricated two heterostructures of particular importance. First, borophene was laterally coupled with hBN to form a planar heterostructure exhibiting a covalent and atomically sharp interface. “These junctions look just as though they have been created by an atomically precise zip,” says Cuxart. “They are very important for achieving low-resistance electronic contacts in nanodevices.” Second, borophene was fully covered by a single layer of hBN, as seen in the image. In this way, the researchers demonstrated that hBN protects borophene from degradation when exposed to oxygen. “Degradation is a common problem for many 2D materials, and hBN encapsulation has the potential to solve it, as hBN is an inert and stable material,” says Auwärter. Complementary theoretical modeling by Dr. Marie-Laure Bocquet from ENS Paris further illuminated the interfacial bonding at the atomic level.

These findings will allow the study of borophenes by non-local characterization techniques, providing access to fascinating mechanical and optical properties that could previously only be predicted computationally, and are an important milestone for the development of boron containing 2D materials. "Nanoscale devices that take into account the physical properties of the 2D forms of the element boron have not been in the focus of research due to their limited accessibility, but all of us hope this can now change significantly", says Sachdev. Because of these new techniques, it is easier to imagine a future in which 2D boron structures can be implemented in everyday devices.