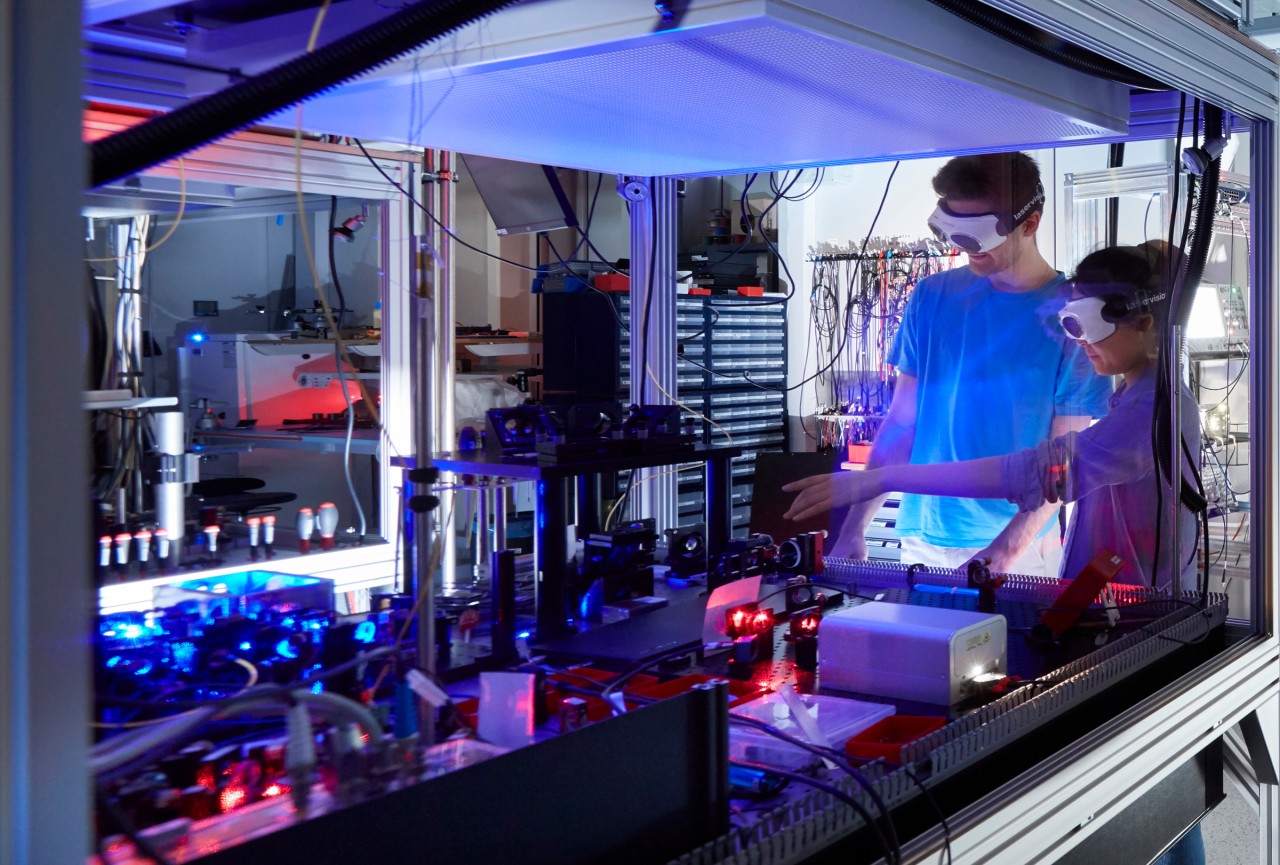 A roadmap for the future of quantum simulation

A roadmap for the future of quantum simulation

Leading researchers in quantum science, including Immanuel Bloch, have published a perspective article on the future of quantum simulation, a special form of quantum computing, in the current issue of the science journal Nature.

Quantum computers are extremely powerful devices with a speed and computing capacity that, in the case of special applications, can go far beyond the possibilities of classical data processing. Instead of a binary system of zeros and ones, they work with superpositions that can represent zero, one or both simultaneously.

Quantum information processing has developed continuously over the past decades and can now already demonstrate advantages over classical computers for some artificial problems. Further areas of application are already in sight. One promising field is the simulation of quantum systems, which can potentially be used to develop new materials, analyse chemical processes and solve optimisation problems.

In a paper published in Nature, a team of experts from the University of Strathclyde, the Max Planck Institute of Quantum Optics, the Ludwig Maximilian University of Munich, the Munich Center for Quantum Science and Technology, the University of Innsbruck, the Institute of Quantum Optics and Quantum Information of the Austrian Academy of Sciences and Microsoft have investigated the short- and medium-term possibilities of quantum simulation on analogue and digital platforms to assess the potential of the field.

Immanuel Bloch, Director at the Max Planck Institute of Quantum Optics and Spokesperson for MCQST adds: "We already see a high potential in the field of quantum simulation for solving complex problems with the now existing but still flawed quantum computers. Especially in the field of material sciences, there are direct application possibilities with which fundamental physical questions can be investigated and which allow new insights into the complex behaviour of quantum systems. The next step in the development of the technology will be to concretise a 'practical quantum advantage', i.e. the point at which quantum computers will solve problems of practical interest that are incalculable on conventional supercomputers."

All the organisations involved in the article are pursuing active programmes involving both the theory of architectures and algorithms and the development of platforms for analogue quantum simulations and digital quantum computers. They have also cooperated within the Horizon 2020 EU Quantum Technologies Flagship project PASQuanS, which is co-coordinated by Immanuel Bloch at MPQ. At the Max Planck Institute of Quantum Optics in Garching, research in this area is embedded in the quantum technology programmes of Bavaria, the federal government and the EU and is receiving significant funding at these levels. The DFG Cluster of Excellence of the Munich Center for Quantum Science and Technology (MCQST) and the Munich Quantum Valley play a vital role.