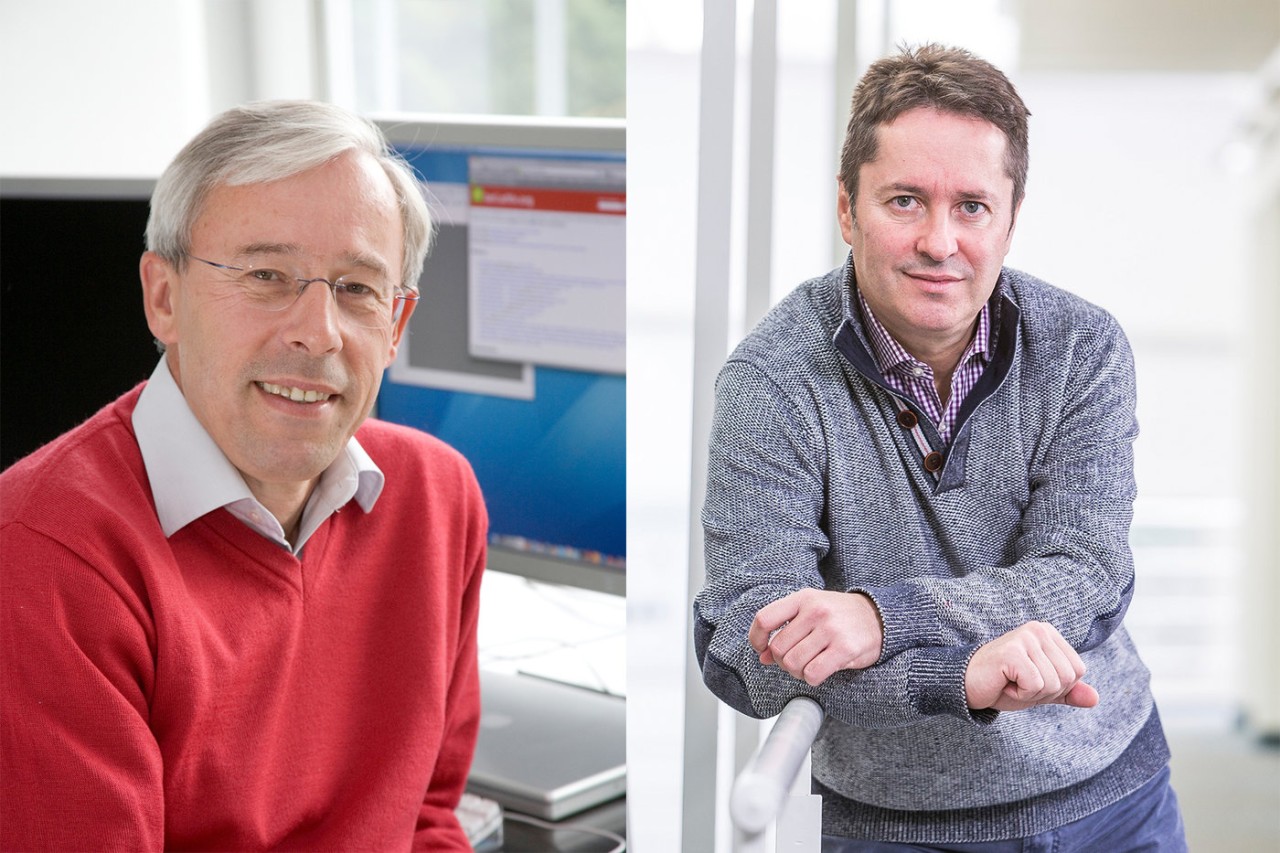 The John Steward Bell Prize for Research on Fundamental Issues in Quantum Mechanics and Their Applications, or simply Bell Prize in short, recognizes the world's most significant contributions to the fundamentals of quantum mechanics. This week, the prize which is well known and regarded amongst physicists was awarded to two great pioneers of quantum science and technology: Ignacio Cirac, Director at the Max Planck Institute of Quantum Optics, and Peter Zoller, Director at the Institute of Quantum Optics and Quantum Information (IQOQI) in Innsbruck and "External Scientific Member" at the Max Planck Institute of Quantum Optics. Both, with their groundbreaking theoretical ideas they helped to set the shape, pace and orientation for an entire scientific field, dedicated to develop novel quantum systems.

They receive the prize “for their recent groundbreaking proposals in quantum optics and atomic physics on how to engineer quantum systems to carry out novel information processing tasks, in particular for extending the applications of quantum simulators to lattice gauge theories, showing how long range entanglement can be estimated via statistical measurements, and using Projected Entangled Pair States for the theoretical study of quantum many body systems”, quoting the Bell Prize Committee.

Over the last twenty years, Ignacio Cirac and Peter Zoller have developed some of the most relevant ideas and concepts in the field of quantum science and technology: In 1995 they were the first to theoretically propose a realistic model of a quantum computer based on trapped ions. In 1998, they developed a feasible approach for the simulation of quantum multi-particle systems in atomic lattices. It was also theirs to develop the idea of a quantum repeater - a key technology for the long-range transmission of quantum information. Today, the second quantum revolution is in store with potential radical impacts on our information and communication systems.

“Ignacio Cirac and Peter Zoller are the driving force behind this tremendous progress. Their current work sets the agenda for the development of the whole field for years to come. Their elegant and original ideas open up whole new areas which will be investigated experimentally for many years, even decades.” - the Bell Prize Committee.

Since 2009, the Bell Prize is awarded every two years by the Center for Quantum Information and Quantum Control (CQIQC) of the University of Toronto. Name patron is John Steward Bell, the author of the famous Bell inequality. John Bell demonstrated the nonlocality of quantum mechanical correlations, a theorem which until today proves to be central to the understanding and examination of quantum mechanical mysteries.