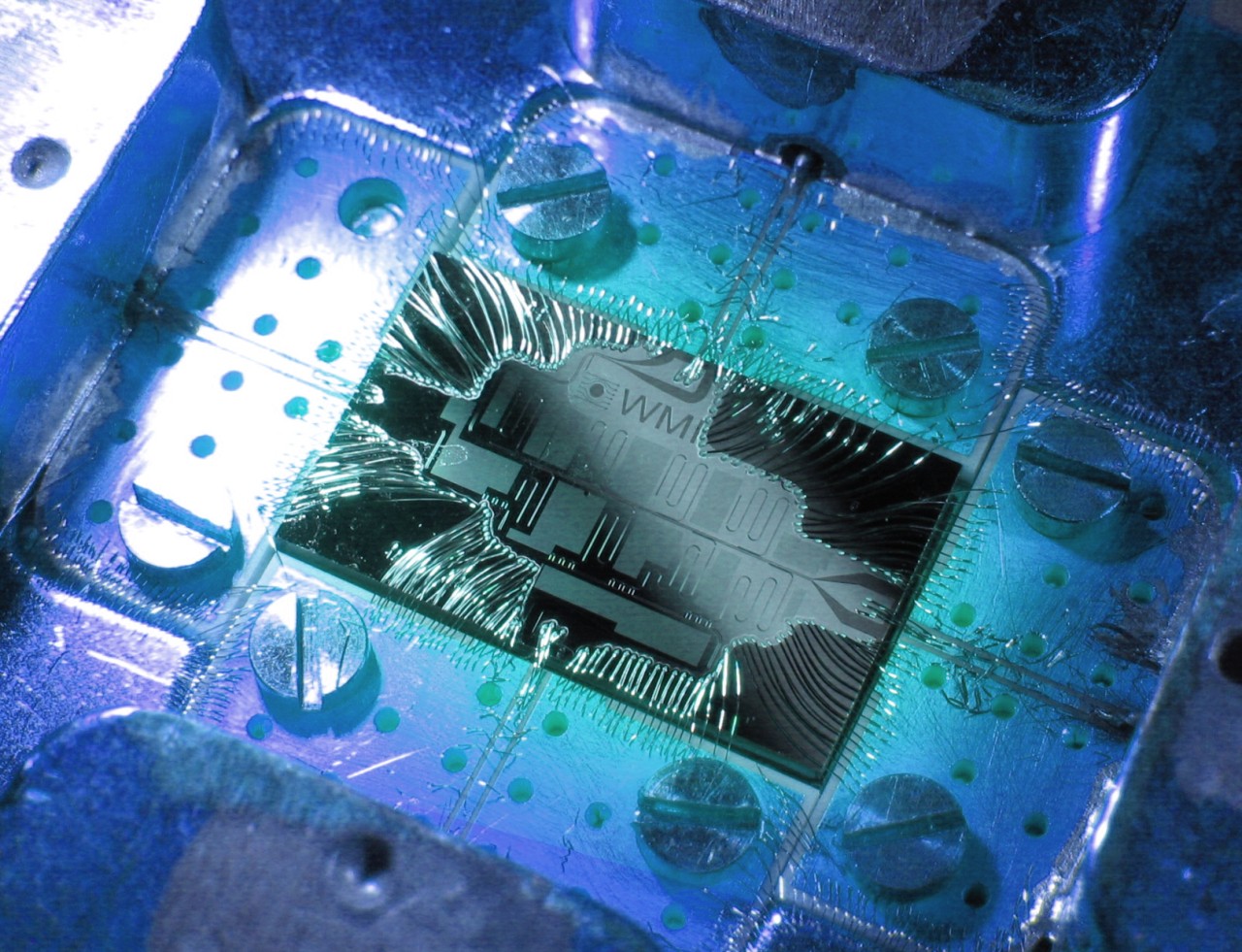 Cluster of Excellence MCQST: The huge potential of the minuscule

Cluster of Excellence MCQST: The huge potential of the minuscule

By comparison with the picture provided by classical physics, the quantum world is extremely odd. In the latter, physical parameters such as energy or spin in objects like atoms or electrons can only carry certain values or energy states. In other words, these properties are quantized. Light and energy are not continuous quantities, but appear in discrete and tiny packets. The term ‘quantum’ generally refers to the smallest possible unit of energy. During the 20th century, these discoveries transformed our understanding of the world on the smallest scales, initiated a technological revolution that led to transistors and GPS, and forged the basis for modern information technologies.

It is now time to take the next step, and once again a revolution is in prospect. The new Munich Center for Quantum Science and Technology (MCQST) wants to be at the forefront of this development. In the coming years, they will seek to gain a deeper understanding of the principles of quantum information in order to put quantum mechanical effects to better use. “The question of applications is what really drives us,” says LMU’s Immanuel Bloch, one of the Coordinators of the new Cluster, together with Rudolf Gross of the Technical University of Munich (TUM) and Ignacio Cirac of the Max Planck Institute for Quantum Optics (MPQ). “We want to embark on the quest for Quantum Technologies 2.0.”

The new Cluster comprises seven research units, which cover the spectrum from basic research to applications. Its goal is to design and build novel types of sensors, communications architectures and quantum simulators, and even simple quantum computers – as well as branching out into fields like cosmology and high-energy physics which are so far unconnected to quantum theory. “We wish to acquire a more detailed understanding of natural phenomena at all levels,” says Bloch. This explains why the different research units are closely linked. “We possess an enormous range of knowledge and technical skills in Munich, in both the theoretical and experimental spheres. There is scarcely anything comparable elsewhere in Europe or perhaps in the whole world.”

Although the realization of new applications will require further extensions of quantum information theory, much of our understanding of nature has already been recast within the framework of QIT. “Thanks to advances in information processing and insights from quantum mechanics, a new universal language has emerged that allows to describe the nature of black holes or the properties of condensed-matter systems in the same terms as we use to characterize quantum computers and quantum communication,” Bloch explains. The new Cluster will develop new theories and algorithms that should provide better approaches to computing with quanta. Theorists like Cluster Coordinator Ignacio Cirac will formulate new models, and design software for quantum computers and protocols for quantum communication, as well as new theorems to assess the security and efficiency of such protocols. “Not only that, the theory behind these computers and communication systems provides us with new perspectives on other fields of science, such as high-energy physics, cosmology and chemistry,” says Cirac.

Central to QIT is the concept of entanglement, which underlies most of the phenomena and applications that are unique to quantum physics. Two or more atoms, electrons or photons are ‘entangled’ if the state of each particle cannot be described independent from the state of the other particles – for example, if one particle’s spin is dependent on that of the other. Hence, entangled particles no longer behave independently – and their properties remain correlated even when they are very far apart. “With respect to applications, entanglement is a tremendously valuable resource,” says Bloch. This is partly because entanglement increases the precision of measurements in proportion to the number of particles entangled with one another.

On the other hand, the principle of entanglement is itself very difficult to comprehend, and it can take on highly complex forms. In fact, it remains a terrific challenge to characterize, classify and comprehend the entanglement of more than two particles. “The greater the number of particles involved, the more difficult it is to build and control entangled systems,” says Bloch.

The Cluster will study entanglement in the context of condensed-matter systems, where it can give rise to new states of matter. Indeed, QIT may be particularly useful both in this context and in cosmology. “We basically know all the forces and quantum mechanical rules that determine how particles interact, but we do not know what sort of social behavior they engage in when they are together.” Here, ‘social behavior’ refers to the collective effects that are responsible for observable properties such as magnetism or superconductivity.

Quantum physicists believe that a better understanding of entanglement may enable them to control, utilize and perhaps even generate customized systems based on semi- or superconductors. This would open the door to the assembly of designer materials from quantum building blocks, and facilitate the fabrication of quantum simulators or even quantum computers. “The range of potential applications for quantum technologies is huge, although its extent is barely definable as yet,” says Gross. Getting from research to applications requires a succession of insights. Scientists in the participating institutions at LMU and TUM, the Max Planck Institute for Quantum Optics and the Walther Meissner Institute hope to exploit quantum effects to build highly sensitive detectors, extremely precise measurement tools and novel interfaces for use in secure communications channels. Their colleagues in basic research, including Immanuel Bloch, are also very interested in the applications side: “We need quantum simulators in order to solve problems that are still intractable on classical computers.”

A toolbox of model systems

Bloch is working intensively on issues related to quantum simulation. The idea is to use well controlled quantum model systems consisting of ultracold atoms to study the collective behavior of particles in physical systems, such as the motions of electrons in metals, the emergence of superconductivity or the properties of black holes and the origin of quantum fluctuations in the early Universe. “Ultimately, the Universe itself is a quantum system,” he says. In collaboration with LMU cosmologist Viatcheslav Mukhanov, he wants to test theories relating to the very early phase of cosmic evolution. Mukhanov studies how the conditions at that time shaped the large-scale structures we observe in the Universe today. The theorists supply the basic parameters and interactions in their systems, and the experimentalists try to incorporate these into physical models. “We are putting together a toolbox consisting of different classes of model systems, so that we can think up as many experiments as possible,” says Bloch. “At the moment we see only the tip of the iceberg.”

Quantum optical experiments now make it possible to model phenomena in high-energy physics that have so far not been tackled with quantum-based approaches. Monika Aidelsburger, an early-career researcher at LMU, heads a research unit dedicated to Explorative Research Directions, together with Ulrich Schollwöck. Her goal is to simulate such phenomena by using systems of ultracold atoms trapped in optical lattices as analogs and, on this basis, develop new theoretical models to describe their origins. The MCQST is also very interested in attracting other young researchers who wish to put their own ideas into practice. For example, it offers START Fellowships to talented postdocs, which is designed to enable them to create their own groups. The huge potential of the fields to be investigated in the Cluster is further evidenced by plans for a new Master’s course in Quantum Science and Technology, which will be given jointly by LMU and TUM. “It will offer a unique and broadly based education in the field. These are important factors both for research and for industry,” Aidelsburger says.

Research in these fields is highly dynamic. This also applies to data security in encrypted communication. Here, the Cluster will develop quantum repeaters, which are required to connect quantum memories into a functional network. It also plans to build a secure quantum link between LMU and MPQ, including interfaces for classical information technologies and possibly for satellite communication.

As well as entanglement, quantum sensors can make use of synthetic atoms that respond to the tiniest alterations in quantum states. They can therefore measure changes in brain activity, magnetic fields or the concentration of gases with unprecedented sensitivity. In the area of quantum matter, researchers will explore ideas for novel materials such as two-dimensional superconductors.

Perhaps the most ambitious goal of quantum physicists is to assemble and interlink modular quantum systems into a fully programmable quantum computer. “But there are many obstacles to be overcome before this dream can be realized,” says Gross. Error correction is one such obstacle, and the scalability of quantum systems is another. “It cannot be assumed that if a two-component system works, so will one that contains a million. This is not an engineering project, where one can follow a predetermined plan,” says Bloch. Here, he stresses the importance of disseminating research insights and issues to a wider audience. That is one reason why the Deutsche Museum is a partner in the Cluster. “We are determined to explain and illustrate the potential and the problems associated with the most exciting quantum technologies.” Planning is underway for a permanent exhibition on the topic at the museum, as well as other presentations designed for the general public. “It is possible to communicate enthusiasm at the same time as to explain the huge challenges that lie ahead,” he says.