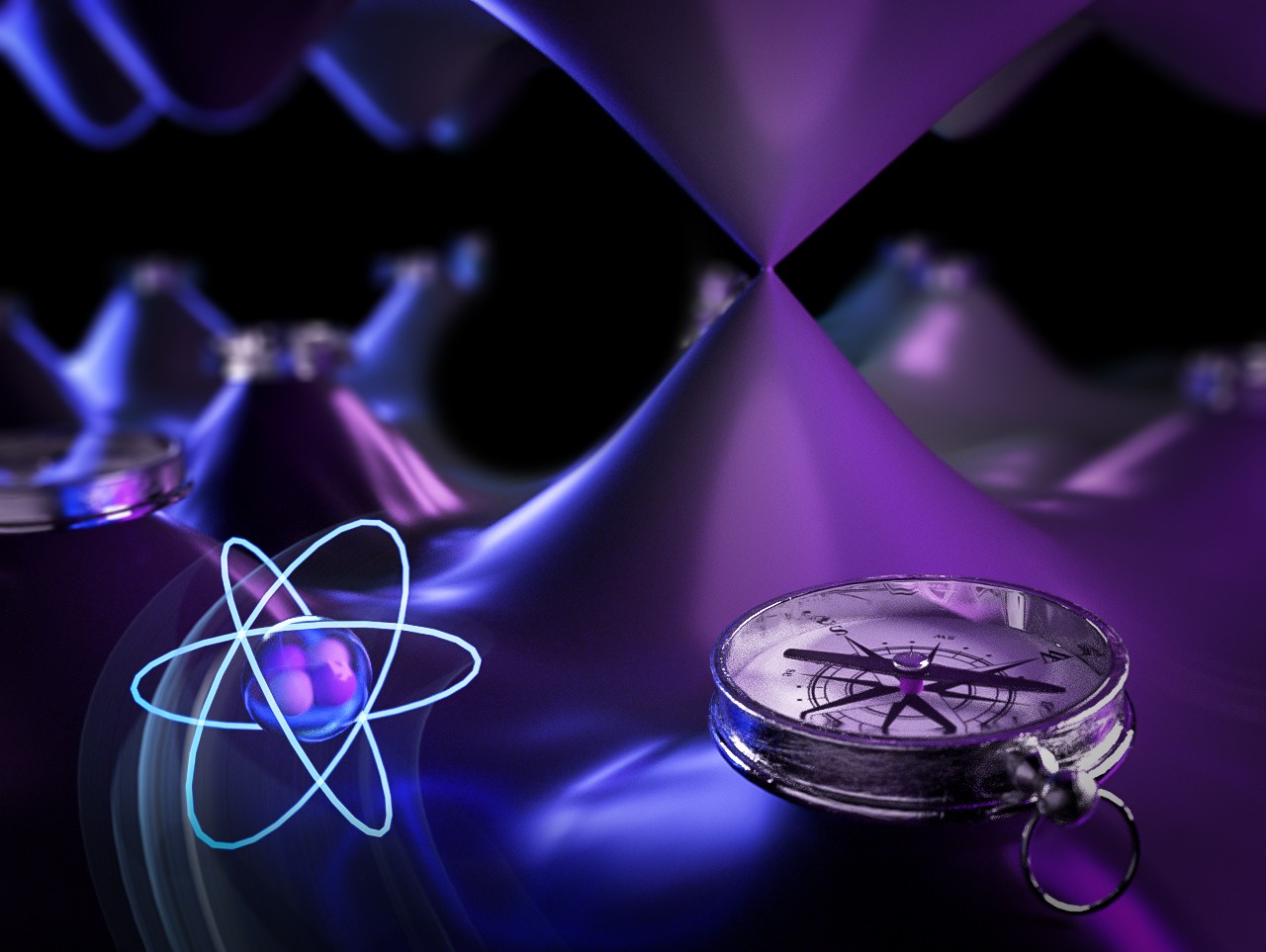 An international team of physicists from the Ludwig-Maximilians Universität (LMU) and the Max Planck Institute of Quantum Optics together with collaborators from the University of Cambridge, TU Berlin, and the Université Libre de Bruxelles succeeded in realizing a novel genuine time-dependent topological system with ultracold atoms in periodically-driven optical honeycomb lattices.

Topological phases of matter have attracted a lot of interest due to their unique electronic properties that often result in exotic surface or boundary modes, whose existence is rooted in the non-trivial topological properties of the underlying system. In particular, the robustness of these properties makes them interesting for applications. In order to gain more insight into the rich physics of topological phases of matter, numerous examples have been engineered in well-controlled synthetic quantum systems. In this context, periodic driving has emerged as an important technique to emulate the physics of undriven topological solid-state systems. The properties of driven topological systems, however, transcend those of their static counterparts. Now scientists at LMU have succeeded in generating such a time-dependent topological system with ultracold atoms in periodically-driven optical lattices. Moreover, they have directly studied the modified bulk-edge correspondence, which predicts the presence of edge modes, even though conventional topological invariants fail to reveal them. The study appeared online in the scientific magazine “ Nature Physics ” on June 29, 2020.

Periodically-driven quantum systems are often employed to create new settings with interesting properties such as topological band structures. This technique, known as Floquet-engineering is usually based on the stroboscopic simulation of an effective, static Hamiltonian. However, periodic driving can also be used to generate genuine time-dependent settings which have no static counterpart. Due to the time-periodicity of the Hamiltonian, energy conservation is relaxed and the system is described in terms of quasienergies ?F, which are only defined up to integer multiples of the driving frequency. This allows for a situation as displayed in (a), where the Chern numbers of all bands are equal to zero, but chiral edge modes exist in all quasienergy gaps, including the one below the lowest band. This is only possible in driven settings, since there is no notion of a lowest energy band. Such a system realizes a so-called anomalous Floquet phase, since in undriven systems, the existence of chiral edge modes would be ruled out by the bulk-boundary correspondence, if all bulk Chern numbers vanish.

The topological properties of time-periodic systems can be fully characterized in terms of winding numbers, which count the number of chiral edge modes in each quasienergy gap. At a topological phase transition, which occurs when a quasienergy gap is closing, these invariants are modified, signaling a transition to a new topological phase. Interestingly, this manifests also in a change in the geometric properties of the bulk bands, facilitating measurements of topological winding numbers even in systems with smooth boundaries, where there is no clear separation of edge and bulk states.

The team led by Monika Aidelsburger (LMU) and Immanuel Bloch (LMU, MPQ) successfully realized such an anomalous Floquet system with bosonic atoms in an optical honeycomb lattice via continuous, time-periodic modulation of the tunneling amplitudes along the different bond directions, as illustrated in (b). Tuning the modulation frequency and modulation amplitude, the authors were able to explore the rich topological Floquet phase diagram of this model. Moreover, by using a combination of energy gap and local Hall deflection measurements, they could reveal for the first time the complete set of winding numbers, fully characterizing the topological properties of their driven system. “It is remarkable to see how the precise control over the experimental parameters enabled us to gain a detailed understanding of the Floquet bandstructure and its topological properties. We are convinced that these results mark an excellent starting point for future studies of anomalous Floquet systems in particular in finite systems and in the presence of disorder potentials.”, says Karen Wintersperger (LMU), the lead author of this study.

The non-trivial winding associated with the quasienergy spectrum of anomalous Floquet systems results in remarkable properties, in particular when adding a disorder potential: As a consequence of the zero Chern numbers, the bulk states can be completely localized by the disorder, i.e. the topological edge modes can coexist with a fully localized bulk. This is in stark contrast with conventional Chern insulators that are characterized by non-zero Chern numbers. It further promises the realization of interacting, periodically-driven systems, that may support a many-body-localized bulk, but thermalizing edge modes - an intriguing non-equilibrium many-body phase that may prove resilient to conventional Floquet heating.

The study was published online in Nature Physics on June 29, 2020. It was funded, among others, by the Max Planck Society and the German Research Foundation (FOR2414, Excellence Strategy), as well as by the Munich Center for Quantum Science and Technology.

The publication was featured in a News & Views article entitled “ Driving toward hot new phases ” in Nature Physics on July 2nd 2020 and was highlighted in the article " Cold-atom lattice bends the topological rules "in Physics Today on July 23rd 2020.