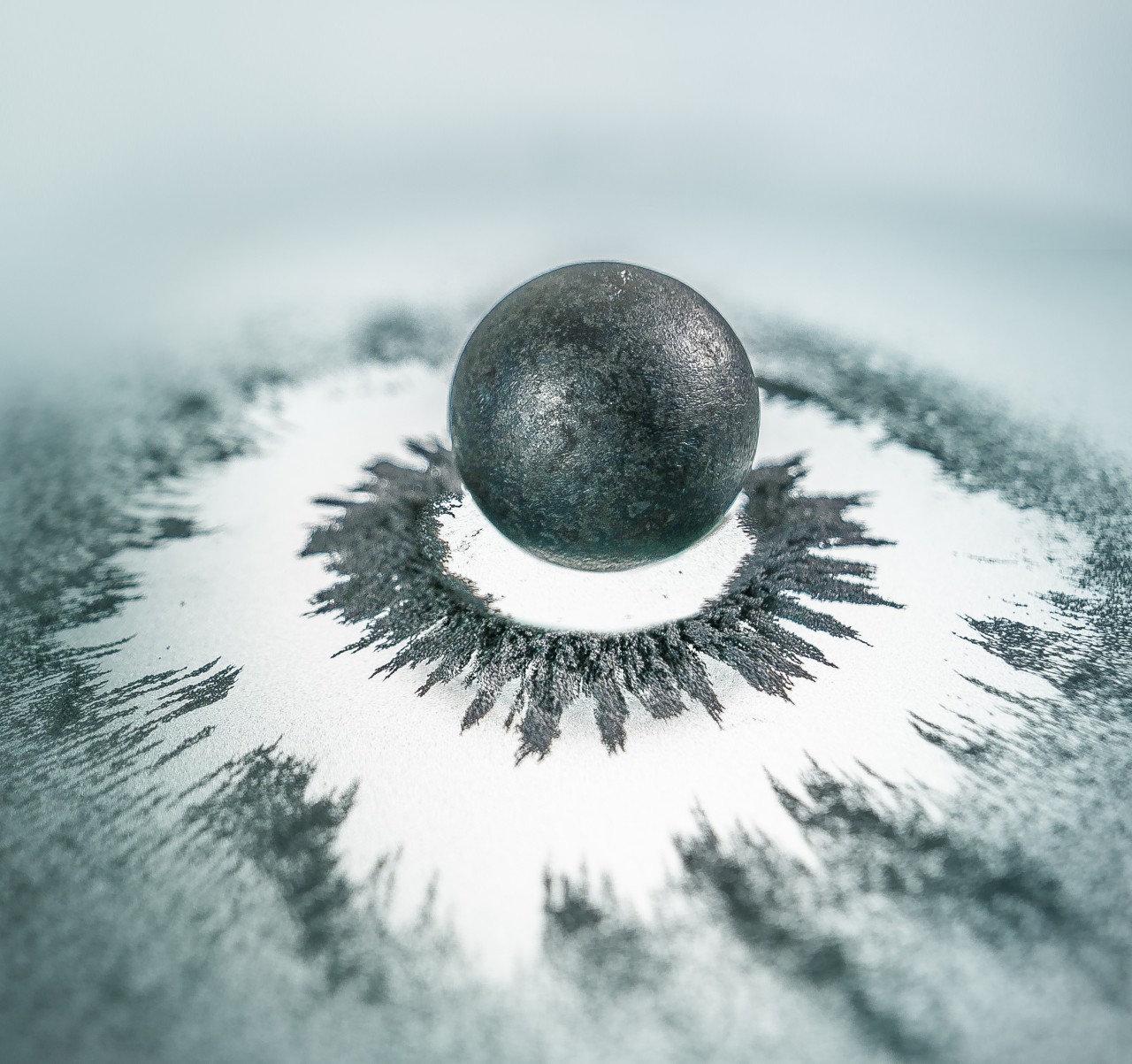 Physicists from the Max Planck Institute of Quantum Optics (MPQ) and LMU München succeeded for the first time in photographing the magnetic structure around a mobile charge carrier within a crystal lattice, so-called magnetic polarons, using a quantum simulator.

It was a magnetic moment in 2018, when the physicists from Immanuel Bloch’s department Quantum Many Body Systems at the MPQ succeeded in photographing magnetic polarons for the first time. This enabled the scientists to study polarons and their vicinity in detail. To create polarons, the team led by Christian Groß, prepared special charge carriers, called doublons, in a strongly correlated many-body system of Lithium atoms. Thereby, the physicists were able to observe, that a doublon was constantly surrounded by profound changes within the magnetic environment. In theory, these changes around charge carriers had been predicted, but only now were they verified by direct pictures from the experiment in Garching. The scientific magazine “nature” acknowledged this success by publishing the study and featuring it on the cover on August 15th, 2019.

The success of the study was only possible because of the high spatial resolution of the quantum simulator at the MPQ in Garching. It images not only the particles but their magnetic alignment as well. The quantum simulator works with ultracold lithium atoms, which are manipulated by laser beams in such a way as to emulate the behavior of electrons in a solid. Those `artificial´ materials can be controlled precisely with modern laser technology, therefore offering an ideal platform to study quantum-mechanical phenomena within strongly interacting many-body systems.

The study of polarons within a many-body system is a highly complex endeavor and could only be done using state-of-the-art optical microscopy techniques. “Searching for magnetic polarons within an artificial system requires a lot of pictures. We took about 35.000 shots, each taking 20 seconds. After every single picture, the machine repeats the procedure and prepares a new artificial material. This measurement ran for 200 hours non-stop, meeting strict requirements for securing the stability of the machine. It has to run perfectly smooth without intermissions or any changes affecting the environment,” explains lead author Joannis Koepsell. Using these pictures enabled the scientists in Garching to measure the inner structure of polarons precisely.

Magnetic polarons are quasiparticles. They occur within materials that possess exotic properties, such as high-transition-temperature superconductivity or colossal magnetoresistance. Furthermore, they are an essential concept for our understanding of strongly correlated matter. “From afar they look like particles, but in reality, they are an inseparable combination comprising the charge carrier and its surroundings. Together they are the quasiparticle. You cannot separate one from the other. No matter where the particle goes, its immediate vicinity will come along,” explains the Ph.D. student Joannis Koepsell. One can imagine a polaron somehow like a VIP, trying to cross a crowded room. Whilst an ordinary person easily slips through the gaps unseen, a celebrity will attract more and more people. That knot of people will follow him through the room. As a result, there will always be turmoil around the VIP, slowing down his pace considerably.

For the future, the physicists plan on using new techniques to produce artificial materials at even lower temperatures. “The crux is: Even though our simulator operates at ultracold temperatures on the nano-kelvin scale, it simulates processes in a solid at temperatures of around 1.000 kelvin. That’s not ideal. What we really want is to simulate behavior at room temperature or lower. That’s the Holy Grail, to reach it we need to cool down further, around the factor 5 to 10,” says Koepsell. It is anticipated that lower temperatures will enable scientists to observe polaron-polaron interactions and as a result enable them to observe exotic states like superconductivity.

The study, which was featured in nature magazine on August 15th, 2019, was funded among others by the Max Planck Society, the European Union (UQUAM, FET-Flag 817482, PASQUANS), the Max Planck Harvard Research Center for Quantum Optics and the Hector Fellow Academy.

*Photo: Artisitic representation of a magnetic polaron by Christoph Hohmann (MCQST) and Joannis Koepsell (MPQ). The photo was featured on the nature cover together with the study.