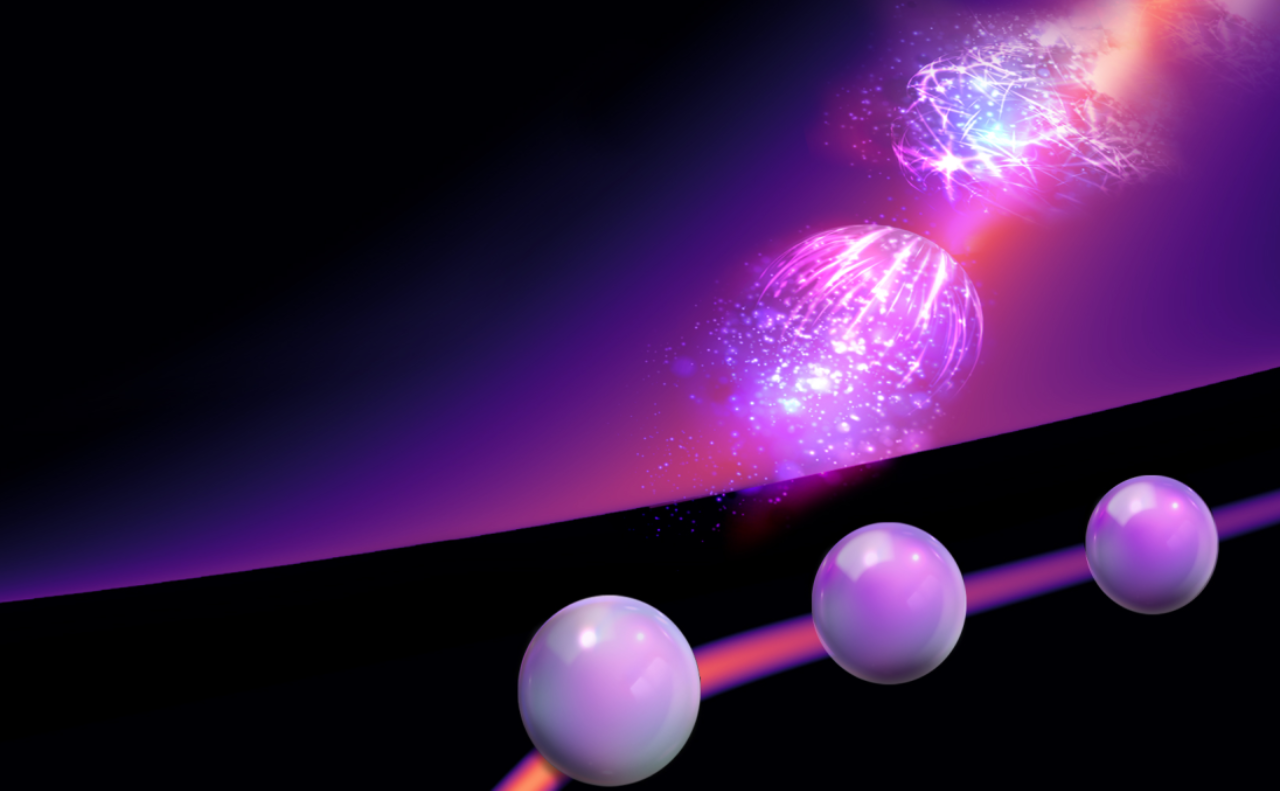 Oscillating Quasiparticles: the cycle of decay and rebirth

Decay is relentless in the macroscopic world: broken objects do not fit themselves back together again. However, other laws are valid in the quantum world: new research shows that so-called quasiparticles can decay and reorganize themselves again and are thus become virtually immortal. These are good prospects for the development of durable data memories.

As the saying goes, nothing lasts forever. The laws of physics confirm this: on our planet, all processes increase entropy, thus molecular disorder. For example, a broken glass would never put itself back together again.

Theoretical physicists at the Technical University of Munich (TUM) and the Max Planck Institute for the Physics of Complex Systems have discovered that things which seem inconceivable in the everyday world are possible on a microscopic level.

“Until now, the assumption was that quasiparticles in interacting quantum systems decay after a certain time. We now know that the opposite is the case: strong interactions can even stop decay entirely,” explains Frank Pollmann, Professor for Theoretical Solid-State Physics at the TUM. Collective lattice vibrations in crystals, so-called phonons, are one example of such quasiparticles.

The concept of quasiparticles was coined by the physicist and Nobel prize winner Lev Davidovich Landau. He used it to describe collective states of lots of particles or rather their interactions due to electrical or magnetic forces. Due to this interaction, several particles act like one single one.

"The details of the processes that influence the fate of these quasiparticles in interacting systems were unknown until now.” says Pollmann. “It is only now that we possess numerical methods with which we can calculate complex interactions as well as computers with a performance which is high enough to solve these equations.”

“The result of the elaborate simulation: admittedly, quasiparticles do decay, however new, identical particle entities emerge from the debris,” says the lead author, Ruben Verresen. “If this decay proceeds very quickly, an inverse reaction will occur after a certain time and the debris will converge again. This process can recur endlessly and a sustained oscillation between decay and rebirth emerges.”

From a physical point of view, this oscillation is a wave which is transformed into matter, which, according to quantum mechanical wave-particle duality, is possible. Therefore, the immortal quasiparticles do not transgress the second law of thermodynamics. Their entropy remains constant, decay has been stopped.

The discovery also explains phenomena which were baffling until now. Experimental physicists had measured that the magnetic compound Ba3CoSB2O9 is astonishingly stable. Magnetic quasiparticles, magnons, are responsible for it. Other quasiparticles, rotons, ensure that helium which is a gas on the earth’s surface becomes a liquid at absolute zero which can flow unrestricted.

“Our work is purely basic research,“ emphasizes Pollmann. However, it is perfectly possible that one day the results will even allow for applications, for example the construction of durable data memories for future quantum computers.