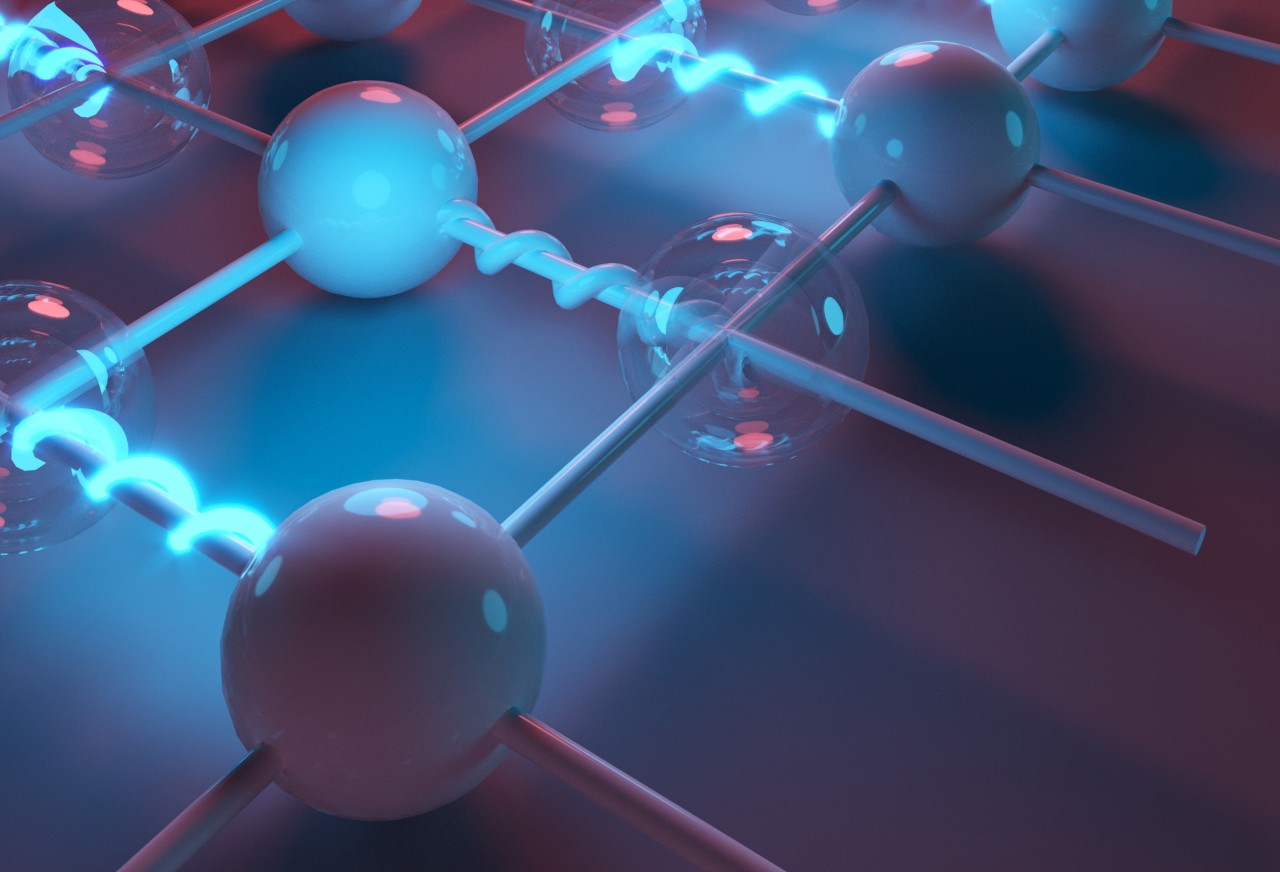 Coupling matter to gauge fields can fundamentally alter its physical properties, as demonstrated in the quantum Hall effect. Once the gauge fields themselves behave quantum mechanically, physics will become even richer. Indeed, the resulting models — so-called lattice gauge theories— have the same fundamental structure that underlies the standard model of particle physics. Likewise, these models capture some of the most exotic properties of strongly correlated electrons. While such models can be easily formulated, solving the resulting equations remains an outstanding goal in general.

Now, scientists at TUM, LMU and the Max Planck Institute of Quantum Optics, together with collaborators from the Université Libre de Bruxelles and Harvard University, have identified a feasible scheme to perform quantum simulations of these models using mixtures of ultracold atoms in optical lattices. The theoretical study appears in the scientific magazine Science Advances and has already prompted two proof-of-principle experiments recently reported in Nature Physics and highlighted with a News and Views article.

Beyond the norm: non-local order parameters

Traditionally, phases of matter are characterized by local order parameters. For example, in a magnet the local moments align and form a new collective state of matter with its characteristic macroscopic properties. However, strongly correlated quantum systems, such as high-temperature superconductors, defy this paradigm as they exhibit phases of matter with exotic properties that cannot be traced back to local moments of any kind. Instead, they may be characterized by non-local, or topological, order parameters, such as particular winding numbers. This behavior can be explained by resorting to models with quantized dynamical gauge fields: lattice gauge theories. While some specific models of this type have been found that are amenable to exact mathematical treatments, most of them remain difficult or impossible to solve. This has prompted an extensive search for a possible gauge theory describing high-temperature superconductors. It remains an open question however, whether lattice gauge theories can solve the riddle and explain high-temperature superconductivity.

The ongoing progress in controlling individual atoms, photons, and ions allows one to engineer model setups, which behave exactly as described by certain quantum mechanical toy models. The philosophy of these quantum simulations is to study idealized scenarios, with constituents that can be controlled in the laboratory and mimic the behavior of completely different physical systems — much like wind channels are used in classical physics to simulate aerodynamic behavior on smaller and experimentally more accessible length scales. In the case of quantum systems, one of the main advantages of such simulators is that they allow for completely new measurements, inaccessible in the actual physical settings of interest.

Simulating lattice gauge theories, however, is extremely demanding. When the gauge fields are consistently treated as quantum fields, they become subject to local constraints. Implementing such constraints in a quantum simulator is a challenging task and requires specifically designed either sophisticated setups, or fine-tuning of the model parameters.

The team suggested to combine lattice shaking techniques with strong local interactions of ultracold atoms. By coupling the underlying building blocks identified in the work, the authors described how the scheme could be used to implement Z2 lattice gauge theories in extended lattices. Their results are supplemented by a detailed numerical analysis of toy models, which can most easily be realized experimentally, and already show rich interplay of quantized matter and gauge fields. There is reason to hope that it may not take long until this theoretical proposal is realized. Recently, two experimental works — one at LMU and MPQ including the same authors, and one at ETH Zürich — have already demonstrated the key ingredients and building blocks required to realize lattice gauge theories in extended lattices.

Luca Barbiero (Brussels), the lead author of this study concludes: “Making ultracold atoms behave like charged particles coupled to quantized gauge fields is a huge challenge. Doing so with currently existing technology makes the task even harder. We have found a way, and we demonstrated that many interesting physical problems can be addressed next. Then, the ultimate goals can be addressed, such as attacking the problem of high-temperature superconductivity from a new angle.” The authors have outlined possible next steps towards studying strongly correlated quantum matter from a purist’s perspective and using essentially tabletop experiments. ( Science Advances 2019 )