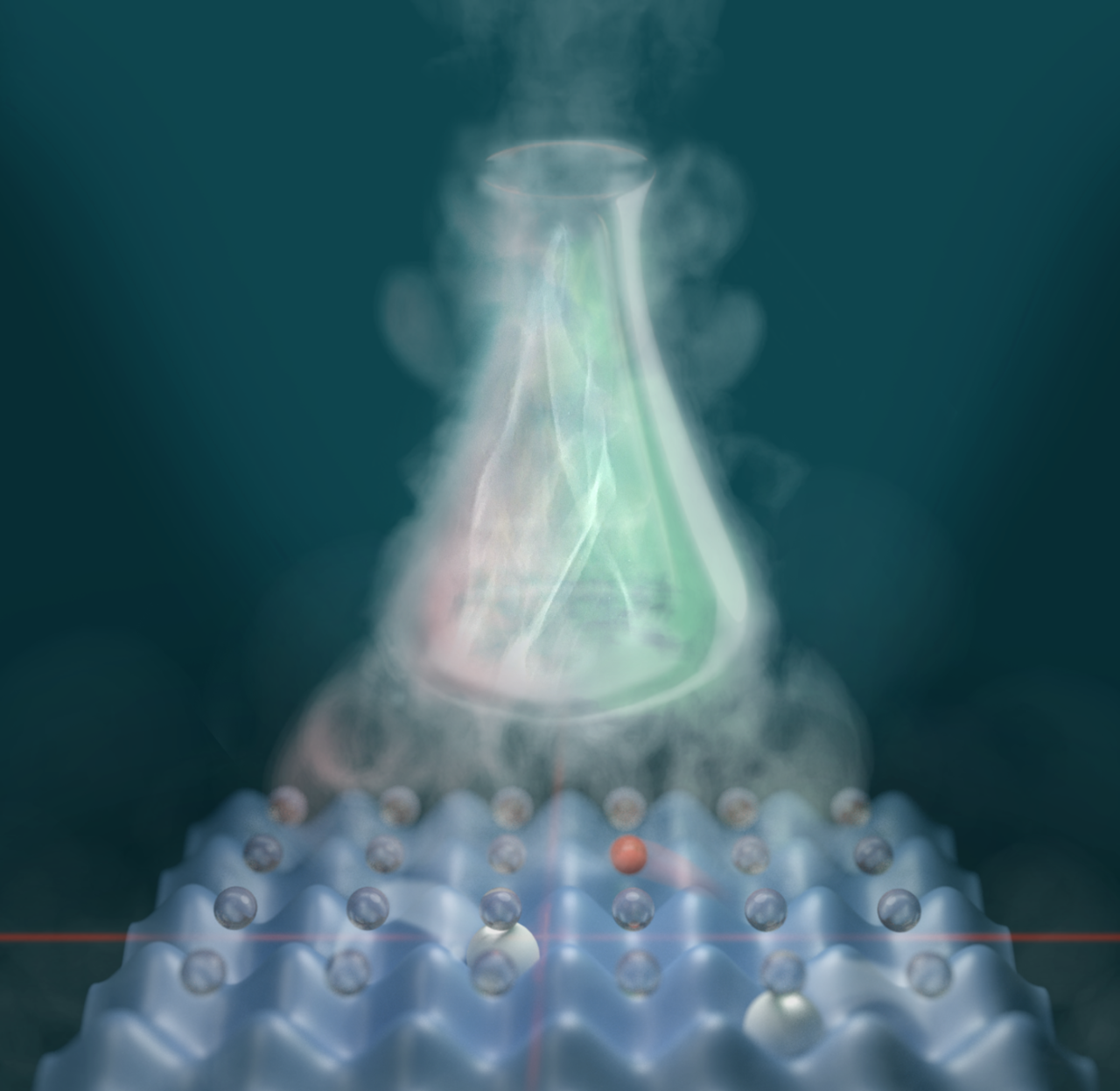 New approach for the simulation of quantum chemistry - a global team of scientists developed the first blueprint for precisely calculating the molecular chemistry using an analogue quantum simulator.

Searching for new substances and developing new techniques in the chemical industry: tasks that are often accelerated using computer simulations of molecules or reactions. But even supercomputers quickly reach their limits. Now researchers at the Max Planck Institute of Quantum Optics in Garching (MPQ) have developed an alternative, analogue approach. An international team around Javier Argüello-Luengo, PhD candidate at the Institute of Photonic Sciences (ICFO), Ignacio Cirac, Director and Head of the Theory Department at the MPQ, Peter Zoller, Director at the Institute of Quantum Optics and Quantum Information in Innsbruck (IQOQI), and others have designed the first blueprint for a quantum simulator that mimics the quantum chemistry of molecules. Like an architectural model can be used to test the statics of a future building, a molecule simulator can support investigating the properties of molecules. The results are now published in the scientific journal Nature.

Using hydrogen, the simplest of all molecules, as an example, the global team of physicists from Garching, Barcelona, Madrid, Beijing and Innsbruck theoretically demonstrate that the quantum simulator can reproduce the behaviour of a real molecule’s electron shell. In their work, they also show how experimental physicists can build such a simulator step by step. "Our results offer a new approach to the investigation of phenomena appearing in quantum chemistry," says Javier Argüello-Luengo. This is highly interesting for chemists because classical computers notoriously struggle to simulate chemical compounds, as molecules obey the laws of quantum physics. An electron in its shell, for example, can rotate to the left and right simultaneously. In a compound of many particles, such as a molecule, the number of these parallel possibilities multiplies. Because each electron interacts with each other, the complexity quickly becomes impossible to handle.

As a way out, in 1982, the American physicist Richard Feynman suggested the following: We should simulate quantum systems by reconstructing them as simplified models in the laboratory from individual atoms, which are inherently quantum, and therefore implying a parallelism of the possibilities by default. Today, quantum simulators are already in use, for example to imitate crystals. They have a regular, three-dimensional atomic lattice which is imitated by several intersecting laser beams, the "optical lattice". The intersection points form something like wells in an egg carton into which the atoms are filled. The interaction between the atoms can be controlled by amplifying or attenuating the rays. This way researchers gain a variable model in which they can study atomic behavior very precisely.

What is now novel is the idea of using a similar structure to simulate a molecule, whose chemistry is determined by its electron shell. In the proposed theoretical model, electrically neutral atoms in the optical lattice assume the role of electrons. The atoms can move freely from well to well in the "egg carton" similar to the electrons in the shell of a real molecule. The big conceptual challenge for the physicists to solve was that electrons repel each other because of their same electrical charge. This interplay is called the “Coloumb interaction” and it takes effect even over long distances. However, the atoms in the "egg carton" only interact with their direct neighbours. "So what we additionally needed to do was to model the characteristic decrease of the Coulomb interaction with the distance between the simulated electrons," says Argüello-Luengo.

To tackle that problem, the researchers got inspired by how the Coloumb interaction is described in quantum theory. According to this, an electron emits a light particle (photon) that is caught by another electron. Like two people on roller-skates, with one throwing a ball to the other to catch it, this causes the people to drift away from each other. Analogously, the two electrons repel each other. So, the researchers suggest a similar mechanism in their modelled molecule. First, each well in the "egg carton" is filled with additional atoms. Each of these background atoms can be energetically excited by the irradiation of a laser light, providing the medium for transmitting the interaction. An excited background atom passes the energy on to its neighbor, who passes it on to its neighbor and so forth. The excitation moves around like a photon through the medium. "The excitation preferably occurs in the positions where one of the modelled electrons is located," explains Argüello-Luengo. The "electron" and the excited background atom repel each other. If the excitation that travels around meets the second "electron", the repulsion occurs as well. This is how the effect is mediated. The probability for such an exchange decreases with the distance between the two "electrons", as it does with the Coulomb interaction.

Interestingly, the suggested simulator can also scale up to larger molecules than hydrogen. In the future, people will be able to use the simulations from a model like this one suggested, compare it with a conventional computer model and adjust accordingly. The physicist dares to look ahead: "Our work now opens up the possibility of efficiently calculating the electronic structures of molecules using analogue quantum simulation. This will trigger a richer understanding of the (bio)chemistry problems that are hard to explore with today’s computers”.