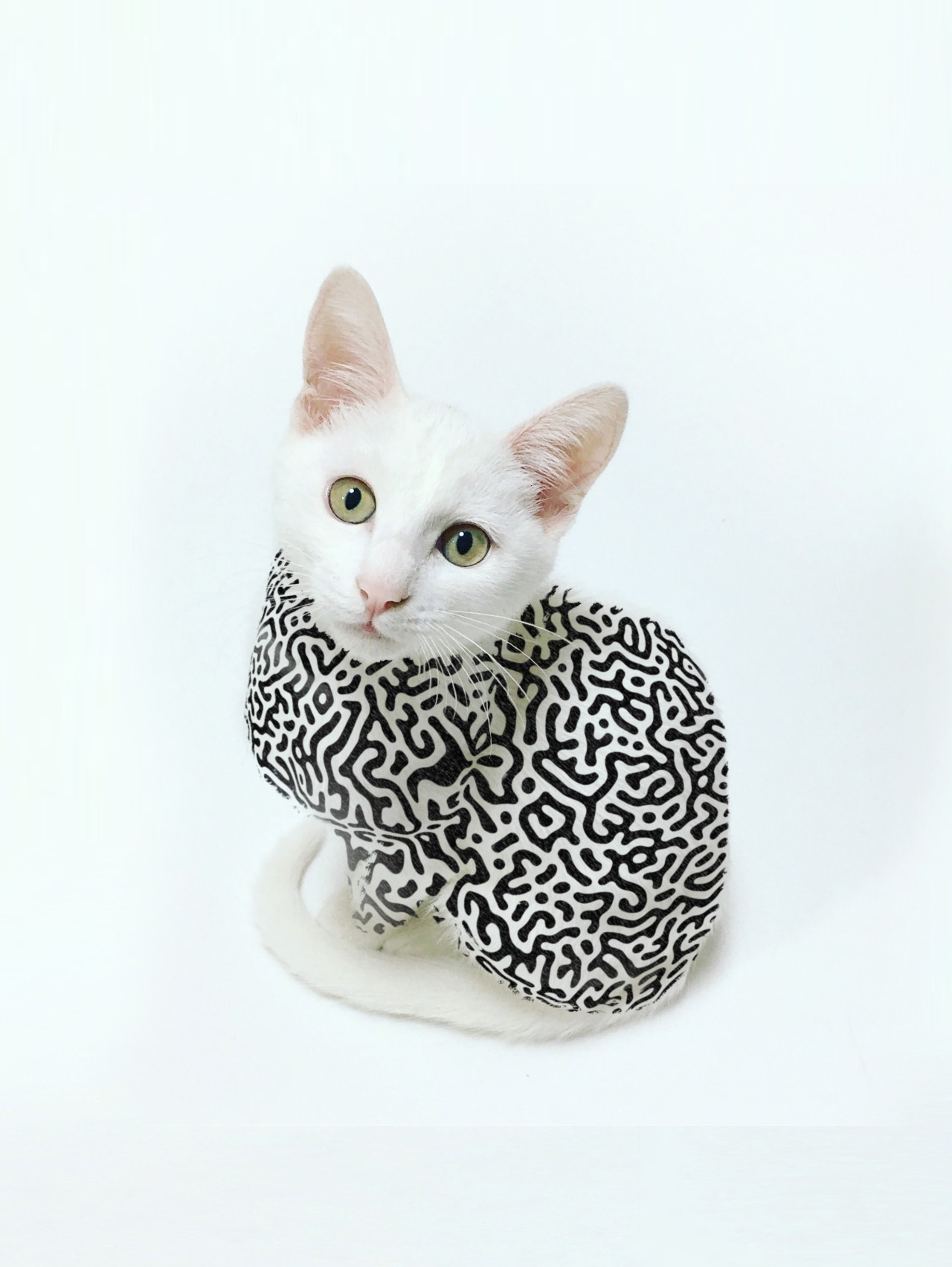 New Fur for the Quantum Cat

New Fur for the Quantum Cat

Be it magnets or superconductors: materials are known for their various properties. However, these properties may change spontaneously under extreme conditions. Researchers at the Technische Universität München (TUM) and the Technische Universität Dresden (TUD) have discovered an entirely new type of such phase transitions. They display the phenomenon of quantum entanglement involving many atoms, which previously has only been observed in the realm of few atoms.

In physics, Schroedinger’s cat is an allegory for two of the most awe-inspiring effects of quantum mechanics: entanglement and superposition. Researchers from Dresden and Munich have now observed these behaviors on a much larger scale than that of the smallest of particles. Until now, materials that display properties like, e.g., magnetism have been known to have so-called domains – islands in which the materials properties are homogeneously either of one or a different kind (imagine them being either black or white, for example). Looking at lithium holmium fluoride (LiHoF4), the physicists have now discovered a completely new phase transition, at which the domains surprisingly exhibit quantum mechanical features, resulting in their properties becoming entangled (being black and white at the same time). “Our quantum cat now has a new fur because we’ve discovered a new quantum phase transition in LiHoF4 which has not previously been known to exist,” comments Christian Pfleiderer , MCQST member and Chair of Experimental Physics for the Topology of Correlated Systems at TUM.

We can easily observe the spontaneously changing properties of a substance if we look at water: at 100 degrees Celsius it evaporates into a gas, at zero degrees Celsius it freezes into ice. In both cases, these new states of matter form as a consequence of a phase transition where the water molecules rearrange themselves, thus changing the characteristics of matter. Properties like magnetism or superconductivity emerge as a result of electrons undergoing phase transitions in crystals. For phase transitions at temperatures approaching the absolute zero at -273.15 degrees Celsius, quantum mechanical effects such as entanglement come into play, and one speaks of quantum phase transitions. “Even though there are more than 30 years of extensive research dedicated to phase transitions in quantum materials, we had previously assumed that the phenomenon of entanglement played a role only on a microscopic scale, where it involves only a few atoms at a time,” explains Matthias Vojta, Chair of Theoretical Solid State Physics at the TUM.

Quantum entanglement is one of the most astonishing phenomena of physics, where the entangled quantum particles exist in a shared superposition state that allows for usually mutually exclusive properties (e.g., black and white) to occur simultaneously. As a rule, the laws of quantum mechanics only apply to microscopic particles. The research teams from Munich and Dresden have now succeeded in observing effects of quantum entanglement on a much larger scale, that of thousands of atoms. For this, they have chosen to work with the well-known compound LiHoF4.

At very low temperatures, LiHoF4 acts as a ferromagnet where all magnetic moments spontaneously point in the same direction. If you then apply a magnetic field exactly vertically to the preferred magnetic direction, the magnetic moments will change direction, which is known as fluctuations. The higher the magnetic field strength, the stronger these fluctuations become, until, eventually, the ferromagnetism disappears completely at a quantum phase transition. This leads to the entanglement of neighboring magnetic moments. “If you hold up a LiHoF4 sample to a very strong magnet, it suddenly ceases to be spontaneously magnetic. This has been known for 25 years,” summarizes Vojta.

What is new is what happens when you change the direction of the magnetic field. “We discovered that the quantum phase transition continues to occur, whereas it had previously been believed that even the smallest tilt of the magnetic field would immediately suppress it,” explains Pfleiderer. Under these conditions, however, it is not individual magnetic moments but rather extensive magnetic areas, so-called ferromagnetic domains, that undergo these quantum phase transitions. The domains constitute entire islands of magnetic moments pointing in the same direction. “We have used spherical samples for our precision measurements. That is what enabled us to precisely study the behavior upon small changes in the direction of the magnetic field,” adds Andreas Wendl, who conducted the experiments as part of his doctoral dissertation.

From fundamental physics to applications

“We have discovered an entirely new type of quantum phase transitions where entanglement takes place on the scale of many thousands of atoms instead of just in the microcosm of only a few,” explains Pfleiderer. “If you imagine the magnetic domains as a black-and-white pattern, the new phase transition leads to either the white or the black areas becoming infinitesimally small, i.e., creating a quantum pattern, bevor dissolving completely.” A newly developed theoretical model successfully explains the data obtained from the experiments. “For our analysis, we generalized existing microscopic models and also took into account the feedback of the large ferromagnetic domains to the microscopic properties,” elaborates Heike Eisenlohr, who performed the calculations as part of her PhD thesis.

The discovery of the new quantum phase transitions is important as a foundation and general frame of reference for the research of quantum phenomena in materials, as well as for new applications. “Quantum entanglement is applied and used in technologies like quantum sensors and quantum computers, amongst other things,” says Vojta. Pfleiderer adds: “Our work is in the area of fundamental research, which, however, can have a direct impact on the development of practical applications, if you use the materials properties in a controlled way.”

The research has been financially supported by the Excellence Strategy of the German Federal and State Governments within the Cluster of Excellence Munich Center for Quantum Science and Technology (MCQST) and the Würzburg-Dresden Cluster of Excellence Complexity and Topology in Quantum Matter (ct.qmat). In addition, the work has been supported by the European Research Council (ERC) via the Advanced Grant ExQuiSid and by the Deutsche Forschungsgemeinschaft (DFG) within the Collaborative Research Centers (SFB) 1143 und TRR80.