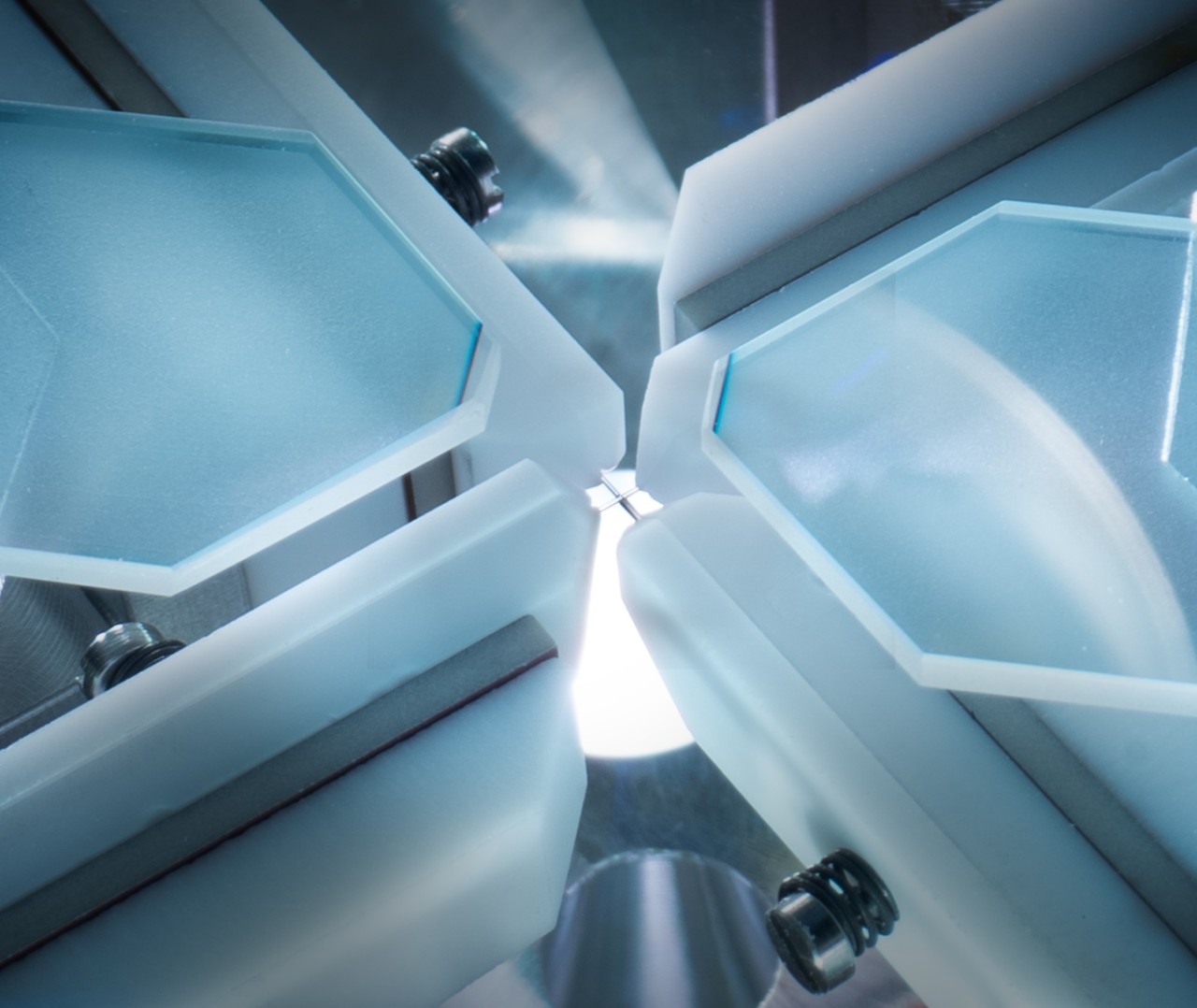 Even though quantum communication is tap-proof, it is so far not particularly efficient. Researchers at the Max Planck Institute of Quantum Optics want to change this. They have developed a detection method that can be used to track quantum transmissions.

Quantum information is sent over long distances in the form of photons (i.e. light particles). However, these are quickly lost. Finding out after only a partial distance whether such a photon is still on its way to its destination or has already been lost, can significantly reduce the effort required for information processing. This would make applications such as the encryption of money transfers much more practicable.

Quantum cryptography could soon become the method of choice to secure the data traffic of government agencies or banks. However, in the foreseeable future, it will probably not protect our email traffic from uninvited readers. The exchange of qubits, the smallest unit of quantum information, is simply far too complex. One of the biggest problems: Light particles that carry qubits over long distances and are easily deflected from their path in the air or absorbed in glass fibres – and suddenly, the quantum information is lost. Because most photons are lost in a transmission over around 100 km, thousands of photons would have to be transmitted in order to directly transmit only a single qubit over this distance. The transmission of quantum information can thus become a lengthy affair, even though light travels very fast and can cover the distance from Munich to Berlin (around 600 km) in only about two milliseconds.

The detector does not read the quantum information

A team around Dominik Niemietz and Gerhard Rempe at the Max Planck Institute of Quantum Optics has now developed a physical protocol that can indicate whether the qubit has gone already lost at intermediate stations of the quantum transmission. “If this is the case, the transmitter can send the qubit again with significantly less delay than if the loss is noticed only at the receiving end”, says Dominik Niemietz, who developed the detector for photonic qubits (as it is called in technical jargon) as part of his dissertation. “It is essential that we do not destroy the qubit. We are thus only detecting the qubit photon and not measuring it”. In other words: The detector detects whether the photon is there or not but does not read the quantum information encoded into it. It’s something like tracking a shipment online without being able to see inside the package. “This is crucial because the laws of quantum physics rule out copying a qubit 1 to 1 – this is what quantum cryptography is based on”. Quantum post can thus not be refreshed at an intermediate station – neither by those who installed the transmitter and receiver, nor by spies.

Two resonators and one atom enable the detection of the qubit

In order to detect a photon carrying quantum information without reading the message itself, the physicists work with an atom that they trap in two perpendicular resonators. The two resonators each consist of two mirrors so that the atom is surrounded by four mirrors arranged in a cross. One of the resonators is designed in such a way that the atom recognizes the presence of the photon by an extremely gentle touch: The resonator is located at the end of an optical fibre through which a photon reaches it – or not. When the photon arrives there, it is reflected and changes the state of the atom. What is important here is that the quantum information remains unaffected by this – in much the same way as package deliverers leave messages if the recipients are not home and take the package away again. The photon influences the state of the atom. In the process, the atomic spin is changed – similar to a spinning top, the rotation of which is reversed by 180 degrees from one moment to the next. In contrast, the quantum information is packed into the oscillation plane – physicists speak of polarization – of the photon.

But how can we tell whether the photon was there and changed the state of the atom or not? This is the job of the second resonator. If no photon arrives at the detector at the expected time, the Garching physicists can make the atom glow by irradiating it with laser light. They can easily detect the glow via the second pair of mirrors and with a classical photodetector. If a photon is reflected at the other resonator, changing the state of the atom, this does not work, and the atom remains dark.

The Max Planck researchers have shown with model calculations that the detection of photons transporting qubits makes quantum communication more efficient. Accordingly, the detector they used for their experiment would accelerate the transmission of quantum information at a greater distance than 14 kilometres. “A detector for photonic qubits can also be useful at shorter distances”, says Pau Farrera, who was part of the research team. However, in order for this to happen, the detection would have to work even more reliably than it did in the current experiment. “This is not a fundamental problem but rather only a technical one”, explains the physicist. The efficiency of the detector currently suffers primarily because the resonator reflects only about one third of the incoming photons. Only in the case of a reflection does a photon leave a trace in the atom. “However, we can increase this efficiency to almost 100 per cent by improving the fabrication of the resonators”.

A detector that reliably detects a photonic qubit would not only be helpful in tracking quantum information during transmission but could also confirm the arrival of quantum post at its destination. This is beneficial if the information encoded in the photon is to be further processed in a complex manner – for example, if it is to be transferred to entangled atoms. Entanglement is a quantum mechanical phenomenon that can be used to encrypt and process data. In this process, two spatially widely separated particles become a single quantum entity. Changes in one particle thus directly lead to changes in the other. “Creating entanglement is complex”, says Gerhard Rempe, Director at the Max Planck Institute of Quantum Optics. “You should use it to process a qubit only if you are sure that this qubit is there”.

Demonstrating how quantum post tracking could be used in information processing is a possible goal of future experiments in Gerhard Rempe’s group: “We would like to use the detector for quantum communication between our Institute in Garching and a more distant location. For example, to make the step from our laboratory to practical application”, says the Max Planck Director. “In this way, we are once again getting a little closer to our great long-term goal, the quantum internet”.